Soronko Academy had the opportunity to facilitate a two-day session on “Gender Sensitization and Awareness Workshop” in collaboration with Ghana Tech Lab for trainers from hubs across the nation. This workshop was to ensure that the hubs are able to administer a gender-sensitive training course for women. We kick-started day one with an ice breaker game which was administered by Miss Delphina Agyare. The objective of the game was for the trainees to understand their subconscious gender bias.

Next, we then had a session which was led by the C.E.O of Soronko Academy, Mrs. Regina Honu, which focused on “Deconstructing Gender in design thinking programs”. This session helped participants understand the whole concept of Gender and what it entailed. She highlighted the gender quota system.

This was followed by a video session that sparked a conversation on women who are successful in the technology space and how they can serve as role models for the women.

Miss Annette Agyare led the participants into a fun activity in Kahoot, which helped participants to synopsize what they have learned. Sex and Power were next on the agenda. Mrs. Regina Honu shared her story to throw more light on women in the technology space, the struggles they face, and their challenges. We ended the day with an Innovation Challenge which was a case study presented to the trainees. The trainees were to discuss and design an innovative approach to these 3 problems, “Presenting Advanced Technical Courses as an Interest for Women, Highlighting the Benefits of Advanced technical Courses and Ensuring Women Complete Advanced Technical Courses”. The trainees then split into groups and brainstormed and came up with amazing solutions. Each group presented their solutions and the winning team was awarded a prize.

Day 2 started off with a recap of day one with an activity. Mrs. Regina Honu led the Discussion and Co-Creation of the National Pre-TechTraining Curriculum. The trainees split up into groups and came up with amazing curriculums, which was discussed as a team. We then had a conversation on what success looks like, setting impact measurements Expectations, deliverables, and targets. This helped us to structure what success will look like at the end of the Pre-Tech Training in the different hubs. We agreed on several parameters to run the National Pre Tech Program.

We then had another fun Kahoot quiz on general knowledge and trivia. We ended the session with closing remarks from the facilitators. We had a Presentation of Certification session to award the trainees for completing the two-day workshop and being ready to administer the National Pre-Tech Training in their various hubs. Special recognition was given to Adija the only female participant. The program was a success and we believe the trainees were able to leave more gender-sensitive and ready to administer the training. 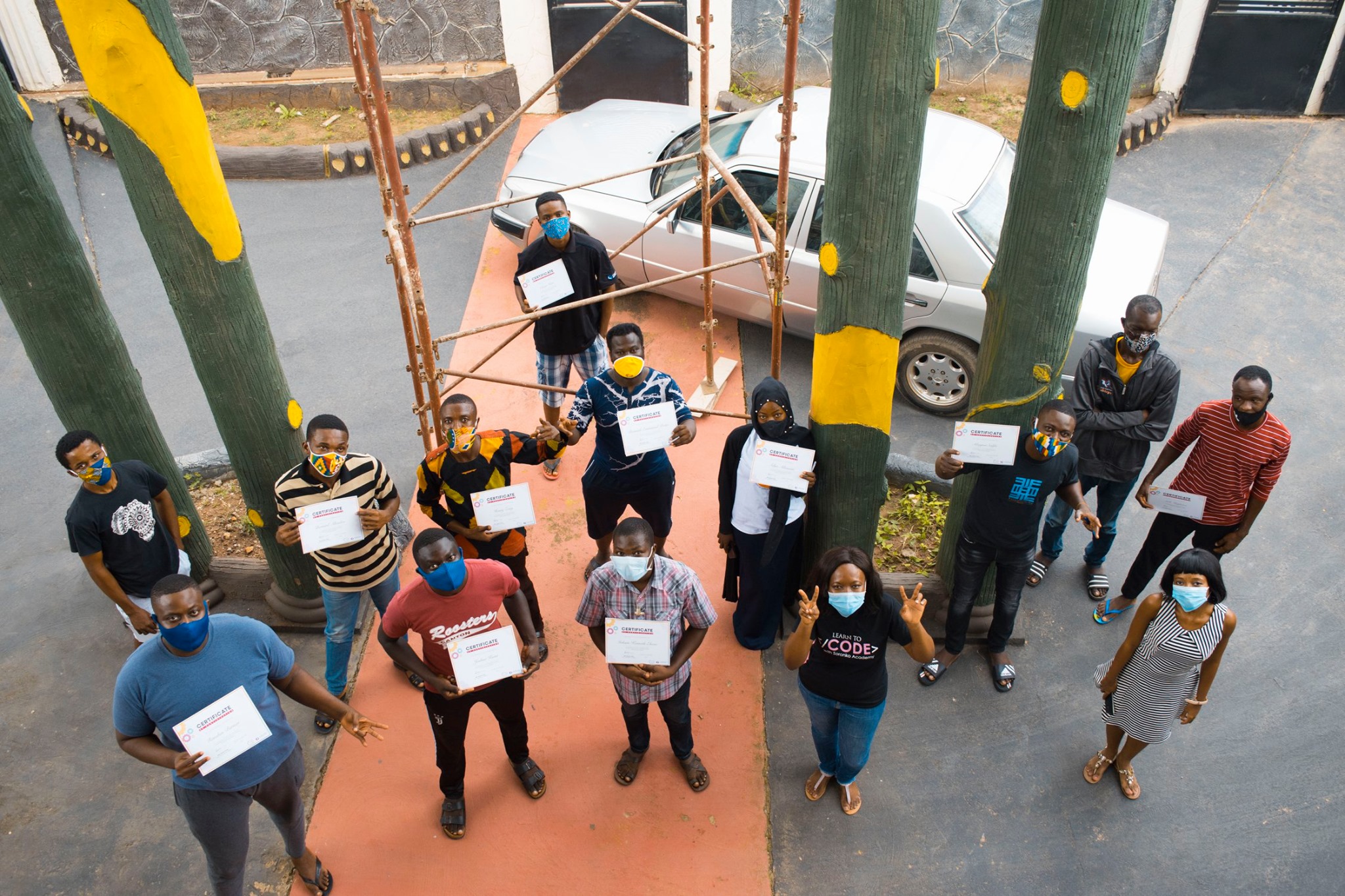